Or at least was. The site wasn't launched in time to cover the update going live to the servers on 'that' day, but we can still talk about it like its new. Right guys?

Anyhoo, Rockstar brought out the update a week before Halloween to get everyone in the festive spirit, even a few YouTube videos appeared with some sneak peaks at models of new cars, masks, even ambient audio files.

Here's what we were hoping for:

Heres what we got:

But seriously though, if Rockstar was using this event for a way to say 'sorry for no Valentines event this year', then in my humble opinion, I think they did a pretty good job. But lets cut to the chase. The cars. 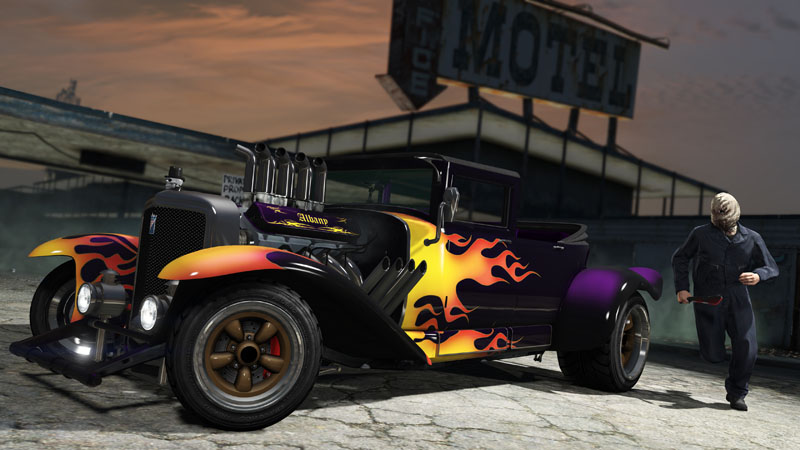 Looks like a Limo and a Hot Rod got into a big ass collision - or - The car from the Munsters (for those of you that love your retro TV).

It's quick, has a great horn and handles like a coffin on wheels (and the irony is that they'll probably bury you in it rather than break out the jaws of life). But seriously, if you thought the Hot-Knife or Carbonizzare were bad on corners, you *need* to try this thing out. It does look cool as hell though and comes in a number of Liveries AND you can put a little ornament/ bobble head on the dash like you can with the Low Riders. 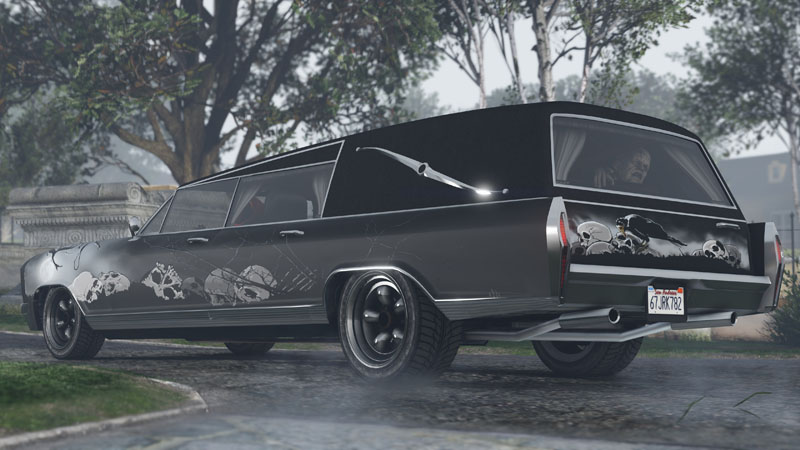 It's a hearse. It's got a coffin and a body in the back for good measure. The body's eyes light up at night and his arm moves when you hit a certain speed. #Protip - don't tint this cars windows or people wont be able to see the body!

This isn't a fast vehicle by any means (believe me, I paid to put turbo on it) but neither of these cars are there for speed, they're there for show. But it doesn't stop me wanting to put some distance between me and some kid in an armoured Kuruma thinking they're untouchable (till I find a place to get out and pop'em with the assault shotgun).

At the end of the day, these are temporary sales and I recommend to any GTA enthusiast to purchase them and stick them in your garage to enjoy showing off - they will disappear and leave you full of remorse wishing you got them when you had the chance (heed my warning, I could have got the Albany Roosevelt but didn't). 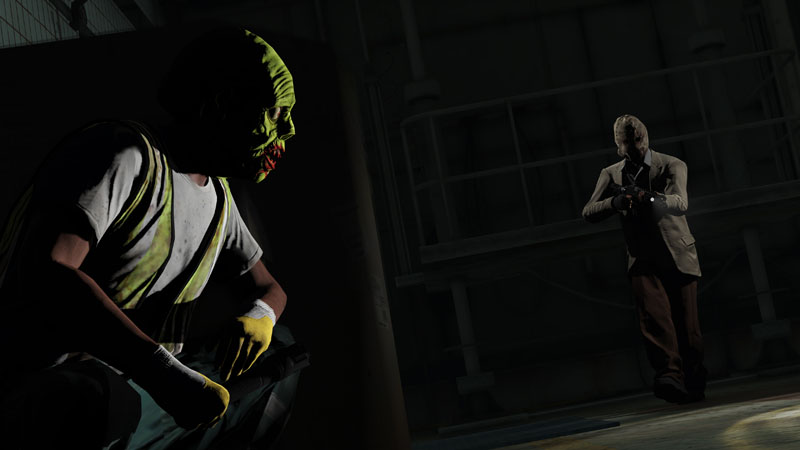 The Slasher adversary mode brings a new element of PVP into the game that's been missing. It brings back the suspense and aura of Manhunt and the gameplay pace is as fast as the skill of the other players. Good players hunt their pray quickly, good hiders mask into the shadows.

And of course you have the 'I Don't know what i'm doing' players that run around in circles using their flashlight and drawing attention and you just hope they get killed before they give away where you're hiding. Good times.

The slasher has several maps including -

At the time of writing I've only played the factory and hospital, but the game is addictive with enough players. Two or three can make it boring as there are gaps in the action.
#ProTip - if the slasher is low level, you can beat them to death with your flashlight as they struggle to use the shotgun for lulz.